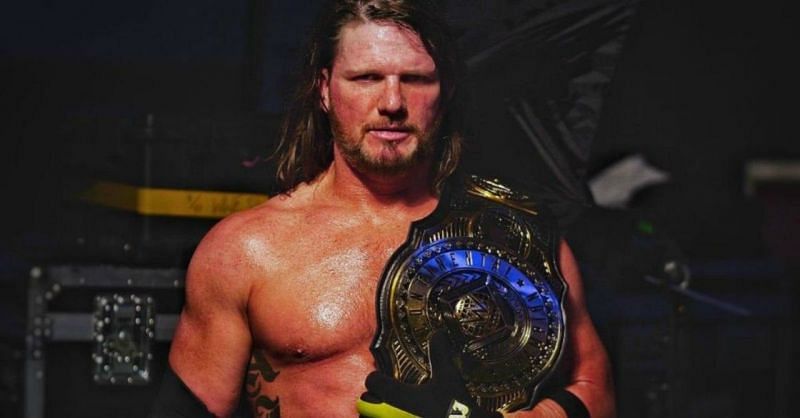 WWE Intercontinental Champion AJ Styles often answers questions from fans during his live streams. Styles is now on Twitch and during a recent live stream, was asked by a fan about his first wrestling match.

For me, I thought it was awesome. I mean, I was in a ring and it’s not in front of a whole bunch of people but there were people out there. And for me, it was awesome because I was doing it in front of people. I bet that if I watched it now – we’re talking about 21 years ago, it would be terrible. I am sure of it. But for young AJ, well, that first match was under a mask and they called me Mr. Olympia. But I was out there, and I was happy about that. – h/t Wrestling Inc

AJ Styles went on to briefly wrestle for WCW in the early 2000s and later had a couple of trial matches with WWE. Styles went on to join TNA Wrestling where he made a name for himself as one of the best in the business.

“Big LG” Luke Gallows and Karl Anderson were recently interviewed by Sportskeeda’s Gary Cassidy. During the interview, Gallows and Anderson were asked about their close friend AJ Styles. Gallows revealed that AJ Styles had called him after they signed with Impact Wrestling, congratulating them on the move.

Karl Anderson went on to reveal that the Good Brothers want AJ Styles to join them in Impact Wrestling. He also added that they were regularly talking to him about coming back to Impact. Here’s what he had to say:

Ultimately, we’re going to talk AJ Styles into coming back to IMPACT. That’s what we’re doing every single day. We’re texting him and telling him to come back.

You can check out the full interview with Doc Gallows and Karl Anderson HERE.