Pakistan’s proposed tour of England has grown even more likely after the side appointed Younis Khan and Mushtaq Ahmed as members of their coaching staff for the trip.

England are hoping to welcome Pakistan for three Tests and as many T20Is later this summer after the completion of the three-Test series against West Indies, which begins on July 8.

Pakistan’s tour, pushed back from its initial slot due to the coronavirus pandemic, has not been officially announced as yet but should it go ahead then Younis will work with the team’s batsmen.

Mushtaq Ahmed will serve as Pakistan’s spin-bowling coach for the tour – the 49-year-old claimed 185 Test wickets with his leg-spin and has since worked with England’s spinners in a coaching capacity. 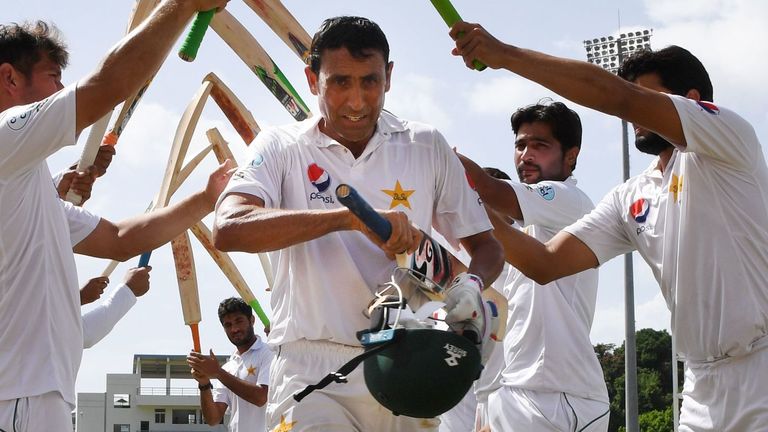 For me, there has never been a bigger honour and a better feeling than to represent my country and I feel privileged to have been again offered the opportunity to serve it for a challenging but exciting tour of England.

Pakistan Cricket Board chief executive Wasim Khan said: “I am delighted that someone of the stature and incredible batting record of Younis Khan has agreed to join the Pakistan cricket set-up as batting coach.

“When I spoke with him, his commitment and enthusiasm to take up this assignment and serve his country was never in doubt and he jumped at the opportunity.

“Younis’ work ethics, commitment to match preparation, game awareness and tactics in the English conditions will be invaluable.

“Mushtaq knows the English conditions as well as anyone, having spent a lot of time playing county cricket and working with the England cricket team.

“Apart from guiding the spinners and playing a mentor’s role, Mushtaq can be helpful to Misbah in match planning and preparations.”