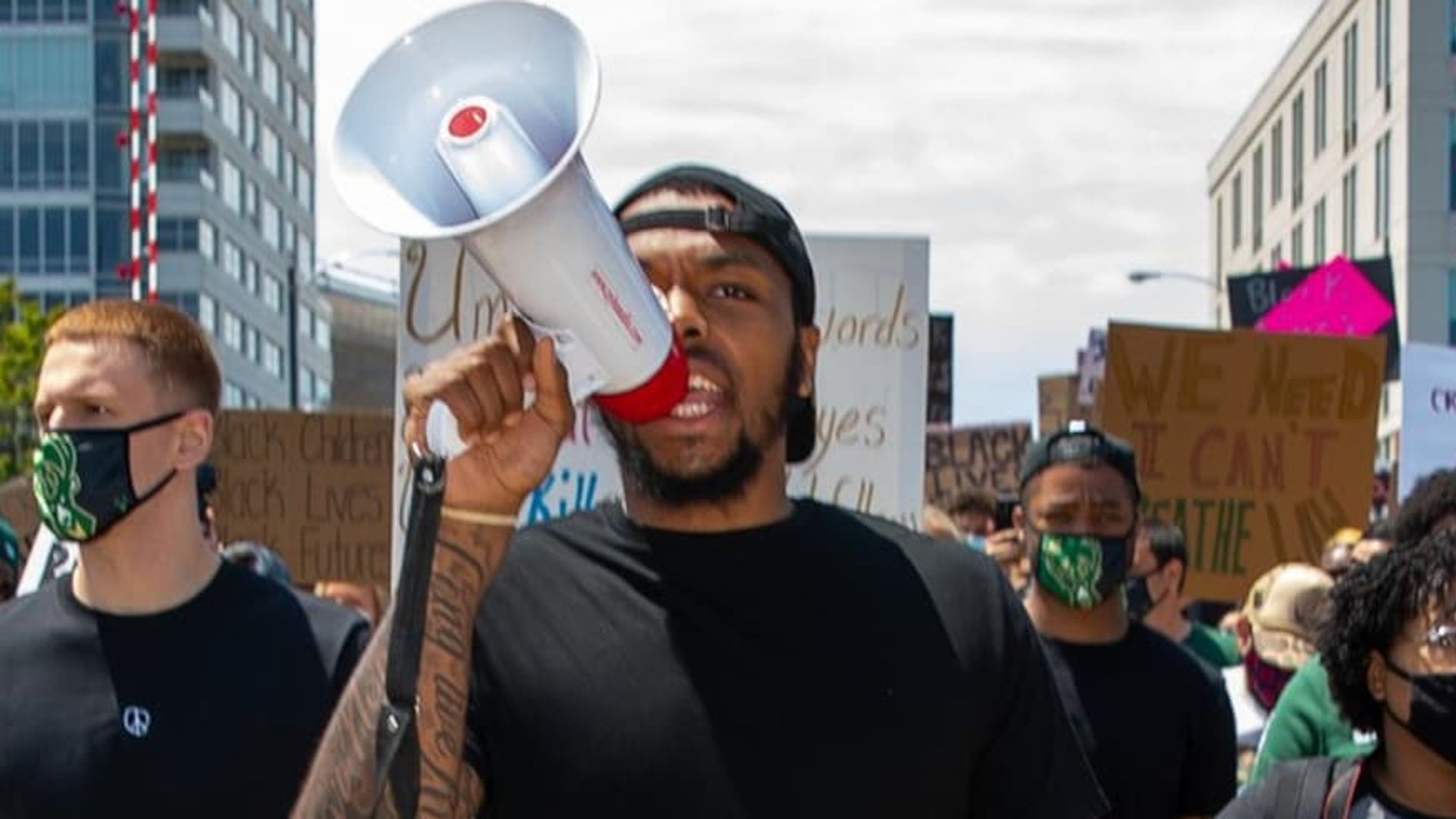 Sterling Brown was joined by his Bucks team-mates as he led a peaceful protest against racial injustice in Milwaukee.

Brown was among thousands of people who gathered outside Fiserv Forum in Milwaukee and marched for social justice and against police brutality.

Brown and his team-mates led demonstrators to Veterans Park along Lake Michigan’s shore on Sunday.

Brown had his own encounter with police when in 2018 he was forced to the ground, tased and arrested because of a parking violation outside a Milwaukee drug store. His civil rights lawsuit against Milwaukee is still pending.

Brown was joined by others from the Bucks organisation. Milwaukee Mayor Tom Barrett and police Chief Alfonso Morales also made appearances, the Milwaukee Journal Sentinel reported.

Want to watch even more of the NBA but don’t have Sky Sports? Get the Sky Sports Action and Arena pack, click here