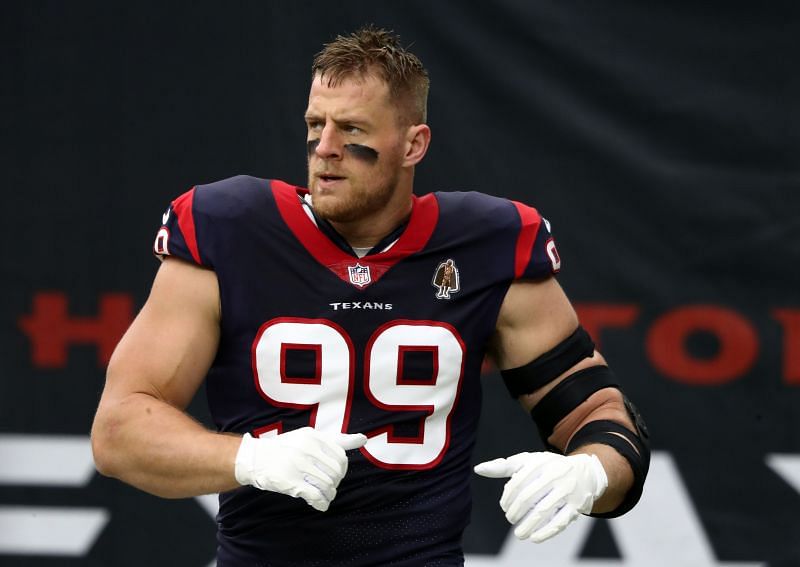 Once upon a time, the idea of the Houston Texans trading J.J. Watt was outright crazy.

There was a lengthy period when Watt was arguably the most popular player in the NFL who wasn’t a quarterback, and he helped the Texans become a serious contender in the AFC.

The Houston Texans are struggling at 1-6. Head coach and general manager Bill O’Brien was fired during the season. They’ve watched star wide receiver DeAndre Hopkins, who O’Brien traded in the offseason, help the Arizona Cardinals become one of the NFC’s better teams.

And now the idea of the Houston Texans trading J.J. Watt is one that could actually happen.

According to ESPN’s Sarah Barshop, the Texans aren’t just looking to trade players for the sake of holding a fire sale, but they are open to offers. And Watt’s name has been mentioned in trade rumors.

The kind of offer that could convince the Houston Texans to trade J.J. Watt is one that would most likely have to include a first round draft pick. Although Watt is 31 years old and has had some injuries in recent seasons, he’s still a force on Sundays and one of the league’s most dynamic defenders.

A few things stand in the way of that happening.

One is that the Texans haven’t yet hired their full-time replacement GM or head coach. The decision to keep or part ways with a player of Watt’s magnitude should ideally be made once the franchise has solid leadership and a clear vision for its future with those positions being filled.

Another is that Watt makes a lot of money. He’s making $15.5 million this season and $17.5 million next season. A team willing to trade for Watt has to cover that salary, and not a lot of teams are in position to do that.

Finally, there’s the fan backlash and discontent in the locker room. Houston Texans fans and players were not at all happy when Hopkins was traded, and the team’s 1-6 record without Hopkins has made it look even worse for the organization. Trading Watt would be even worse, as he’s the face of the franchise and a fan favorite.

Rupee skids 13 paise to 73.51 against US dollar in early trade